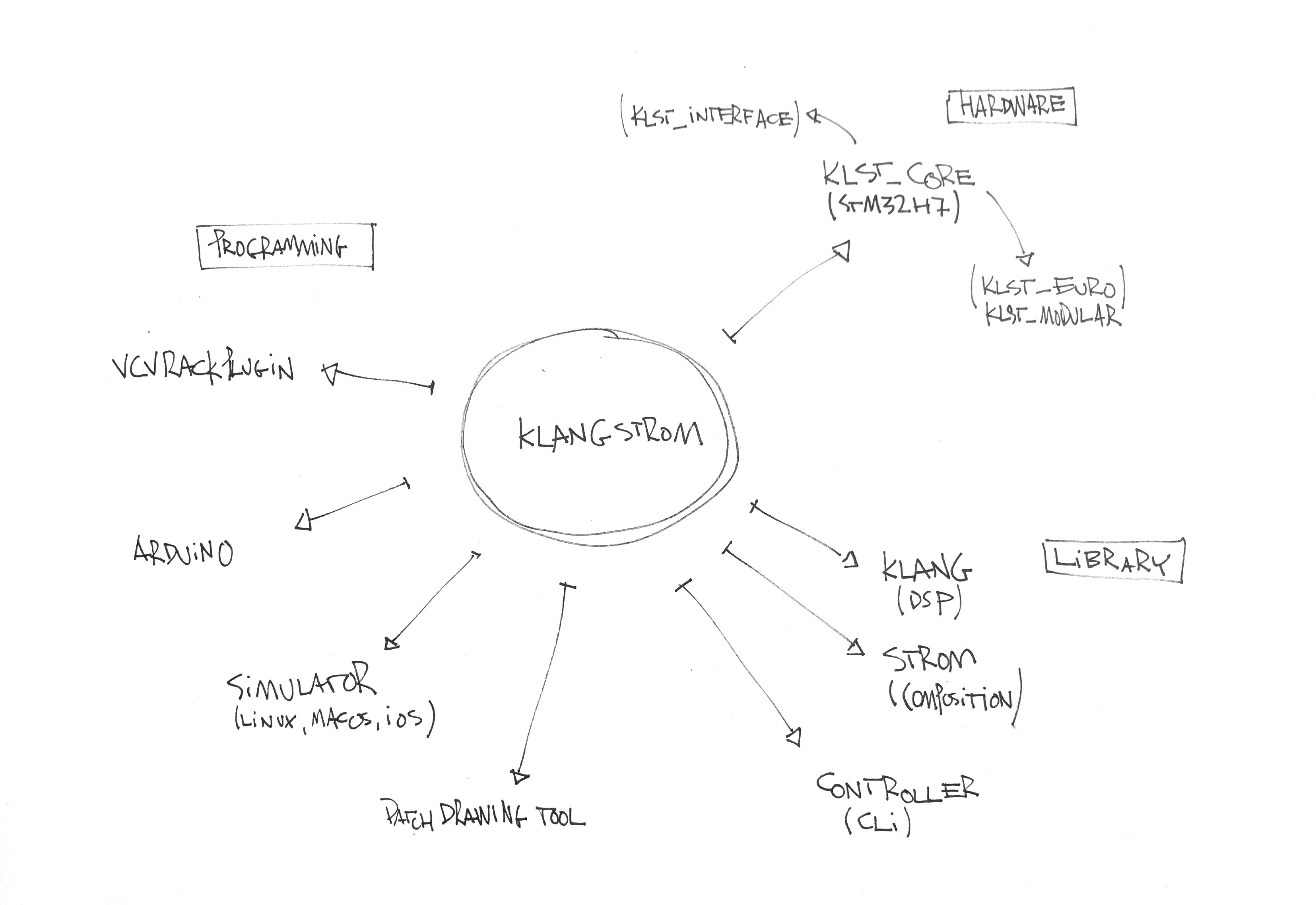 klangstrom aims to support the creation of audio-based applications that either run on microcontrollers (MCU) or personal computers (PC).

klangstrom is comprised of two software libraries ( klang a node+text-based synthesizer library, strom a node+text-based generative composition library ), an embedded hardware platform, and a programming environment and a set of tools to allow seamless development of such applications.

KLST can be programmed via Arduino IDE, Cmake or any other C/C++ based build system

MCU, simulator and VCV Rack can be programmed and uploaded/started from within Arduino IDE.

Simulator for Linux, MacOS and iOS