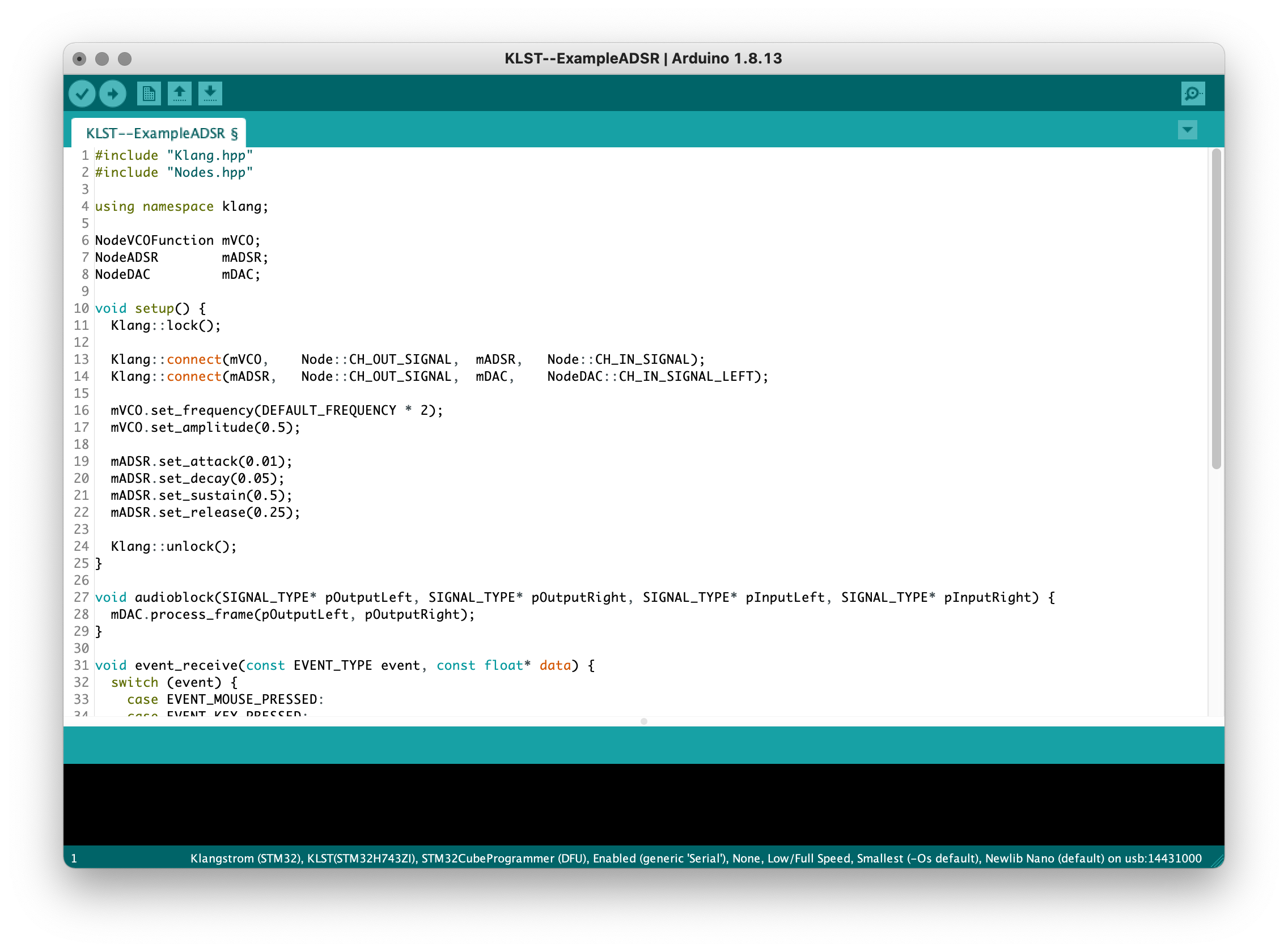 writing, compiling and running klangstrom applications from with Arduino IDE.

ok so today i am licking my wounds ;) while consolidating the work of the last days.

i have managed to establish ( and test ) a setup that we can now proceed with. although the Arduino IDE build system is quite a dirty hack, i managed to configure ( felt more like hack ) it to build for MCU ( STM32H743, based on the STM32duino project ) and for desktop ( using CMake and SDL ). i even managed to find a relatively painless way to utilize STM32’s built-in ( USB Device Firmware Upgrade ) to program the MCU via the standard USB port. what this boils down to is the following: