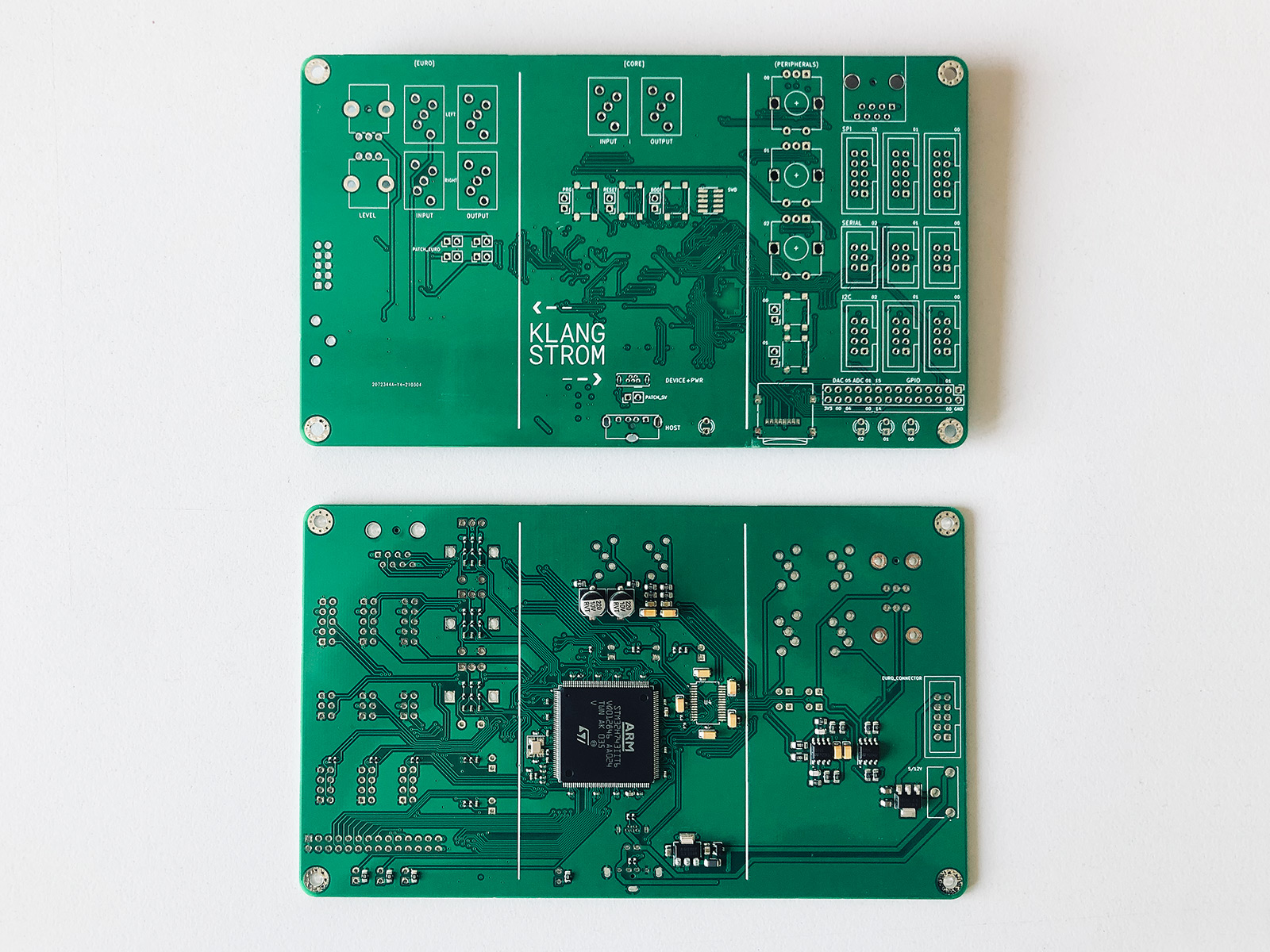 27 days later … the PCBs have arrived.

to be fair JLCPCB produced and delivered as quickly as advertised. however, the german customs took their time. the package was suspended for at least 14 days without any action.

first and foremost i am excited to see if the boards work! but before i manually assemble the last components, a first critic on the PCBs:

… off to the soldering station!